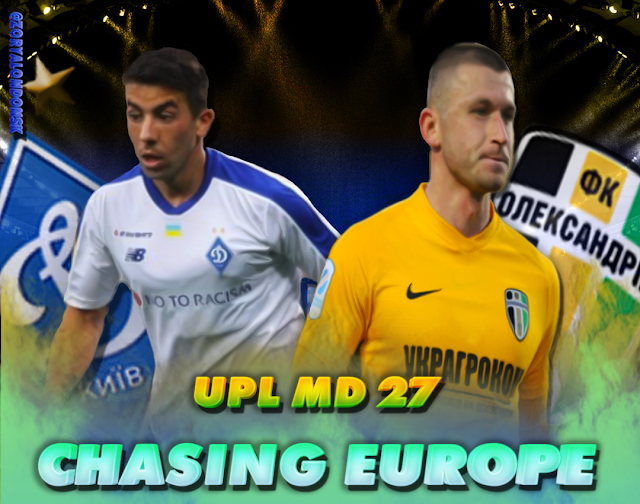 HEATING UP AT BOTH ENDS: MATCHDAY 27
THE UKRAINIAN FOOTBALL ROUND UP:
Last week’s UPL action was a rather subdued affair across the league bar one particularly interesting game! Easter celebrations were certainly a distraction for a majority. Nonetheless, certain results proved pivotal in the races for relegation and Europe both ‘Groups’.
Matchday 26 kicked off with Chornomorets hosting Vorskla Poltava on the Black Sea Coast. Vorskla completed their second comeback of that week to pick up their first win of 2019! They moved to within 2 points of Desna who sit top of the Relegation Group!
Olimpik Donetsk were next up and had the chance to leapfrog Karpaty into 9thwith a second consecutive victory under their caretaker manager. Olimpik took the lead early on from Pasich, before Karpaty scored twice to take a lead early in the second half. However, as is known with Karpaty they have a real problem with holding opposition off and conceded twice in a freak one-minute spell to lose the game 3-2 and fall into the Relegation play off spots.
Sunday saw the Championship Group come to the fore. Shakhtar travelled to Mariupol, missing six first team regular starters, so were largely fielding a mix and match side featuring a few bench players. Nevertheless, they beat Mariupol 1-0 to maintain their record of never having lost to their Donetsk Oblast neighbours since the UPL began.
Oleksandriya saw their lead in 3rdplace cut down to 9 points as 4thplaced Zorya came to town and a Hromov double saw the hosts off with ease. Can Zorya catch their rivals up before the season comes to an end? Would be quite the bottle job from Oleksandriya if it does!
The final Easter Sunday game saw Dynamo Kyiv field a weakened team versus FC Lviv in an extra wet affair at an almost empty Stadion Ukraina. Dynamo saw both Burda and Kedziora sent off in a badly tempered affair and had Buyalskyi to thank that they went home with 3 points, as he scored in the first half and maintained the 7 point gap between themselves and Shakhtar in first.
The Matchday concluded on Monday, as relegation escapologists Arsenal were aiming to move off bottom once again as they welcomed Desna to the capital. On paper this looked like a certain victory for the away side, currently flying at the top of the Relegation group, but as is with UPL football and its unpredictability, Arsenal had the last laugh. The Kyiv side won 2-0 and moved into the relegation play off spots, 6 points from safety.
PREDICTOR TIME 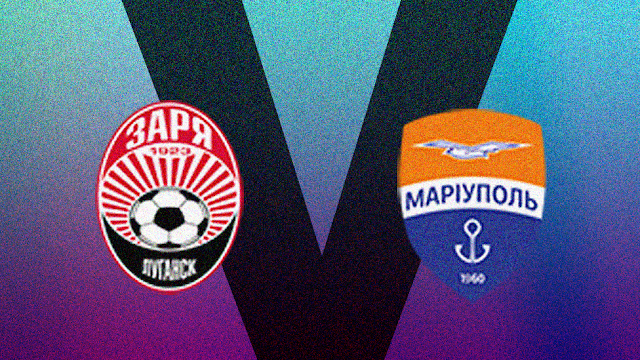 Zorya Luhansk v Mariupol
Todos’ prediction:Buoyed from their two consecutive wins in recent games, Zorya will be attempting to cut down the gap between themselves and third placed Oleksandriya even further. Zorya have picked up form since the start of the league split and seem to have regained some of the ability they were showing in season’s gone by.
However, they welcome fellow Donbas club Mariupol who are also still within a shout of gaining a Europa League place. They may be on a but of a losing streak but are likely to give Zorya a good game. Neither side has been particularly solid at the back this season but it’s in the attacking set ups where the goals and creativity come. There’s a sense that neither of these sides will be able to get all 3 points but with the sense that Mariupol haven’t gained a point in a while, they will be wanting to make sure they get a positive result regardless. 2-2
RESULT: TBC 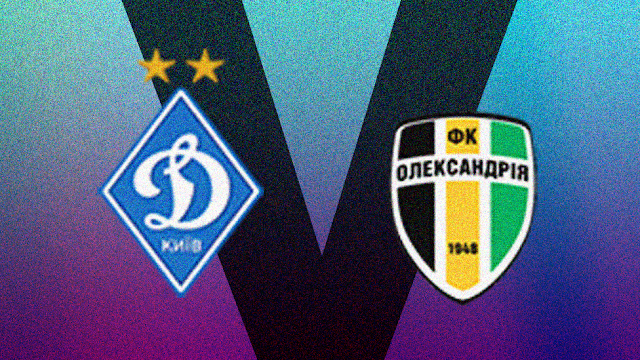 Dynamo Kyiv v Oleksandriya
Todos’ prediction: This game is going to be interesting. Dynamo after last week’s affair in Lviv seem to already be in holiday mode, as they are literally just aiming to keep the pace with Shakhtar and not elongate that gap before the season closes. Verbic looks to be out for the season as he has pictured in hospital post operation so Carlos De Pena will once again be looking to deputise in the left wing role.
Oleksandriya travel to the capital with one goal in mind, that of extending their cushion in third and preventing Zorya from gaining any further ground on them. Oleksandriya realistically can’t challenge Dynamo in 2ndas they sit 13 points off their opponents and with the game at the Olimpiyskyi, it’s unlikely that they will turn one over. Both sides are solid at the back with great goalkeepers between the sticks so veering towards a draw is not out of the question. A boring game expected. 0-0
RESULT: TBC 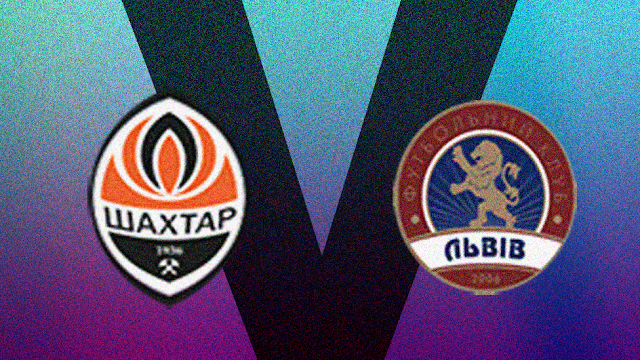 Shakhtar Donetsk v FC Lviv
Todos’ prediction: Shakhtar are in passive mode at the moment. They know they don’t need to overexert themselves in any games bar the Cup final and the next Ukrainian Clasico. Until the end of the season, they will be picking up points aiming to get them through minimal effort as has been on display for the past month. Despite a few first teamers still being out with injury, it’s unlikely that this will hamper the current UPL leaders in this game.
FC Lviv still have a chance of getting a European spot if they keep the pace with Mariupol but in this particular fixture, they’re unlikely to pick up anything positive regardless despite getting a 0-0 in this game during the first part of the UPL back in November. Moraes will have a weight lifted off his shoulders following the UEFA ruling that he does qualify to play for Ukraine and no rules were bypassed when he made his debut in March. Can he extend his lead at the top of the goal scoring charts? It’s highly likely. 2-0
RESULT: TBC
SUNDAY

Olimpik Donetsk v Vorskla Poltava
Todos’ prediction: Both of these sides go into this fixture in some fine form. Olimpik have won their last two on the bounce, whilst Vorskla seem to have regained some of the skill that saw them impress during the first few months of the season and for much of last year too. Vorskla have been scoring goals, granted relying on players across the field as they still lack a potent forward whilst Olimpik’s strikers have finally found their shooting boots with Dehtaryov and Dieye looking like they’re finally coming into their own in the UPL. With both sides feeling optimal its unlikely either will be able to get a win. Too close to call.1-1
RESULT: TBC 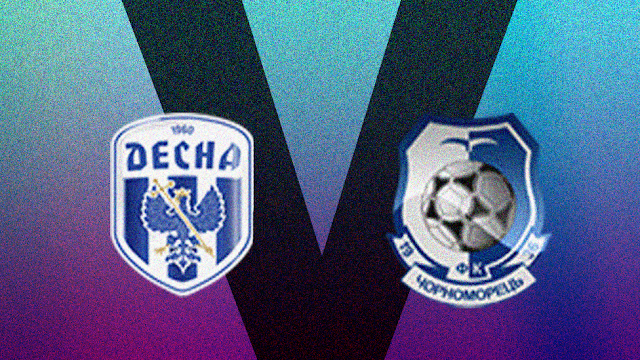 Desna Chernihiv v Chornomorets Odesa
Todos’ prediction:After the shock result of the last round, where Desna lost resolutely to Arsenal, they now once again face bottom of the league. Chornomorets who dropped into the automatic relegation place after Arsenal’s win last weekend travel north. Desna now have Vorskla breathing down their necks in the race for the Best of the Rest title and will be looking to make amends in front the home crowd. Chornomorets do have the ability to score but seem incapable of holding out for a win as has proven in all of their games since their only win in 2019, back at the end of February. Goals expected in this one with a home victory most likely. 2-1
RESULT: TBC

Karpaty Lviv v Arsenal Kyiv
Todos’ prediction:Well well well. Karpaty once again showed that they have the power to tease their fans with performances for only parts of games before combusting ahead of full time. Worrying times could await as the Lviv club have dropped into the relegation play off spots. No Maryan Shved last week was a blow and it’s currently 50/50 whether he will be fit for this one. Arsenal and their loanees have impressed and did so once again as they beat the relegation group leaders. Karpaty have got some good players in the squad it will just depend on which side decides to turn up. For consistency’s sake and the way the UPL outside of the top 2 is as unpredictable as the EFL Championship, Karpaty are due a win against someone other than Vorskla so their time should come this weekend. 2-1
RESULT: TBC
MATCHDAY 27 FINAL SCORE: TBC
FOLLOW ZORYA LONDONSK WEEKLY ON SOCIAL MEDIA:
⚽ Zorya Londonsk Weekly on IG
⚽ Zorya Londonsk Weekly on Twitter
⚽Zorya Londonsk Weekly on Facebook