EASTER IS HERE: MATCHDAY 26
THE UKRAINIAN FOOTBALL ROUND UP:
It was entertaining midweek of football action for Matchday 25 as it was played out over Tuesday and Wednesday due to Presidential elections the weekend before.
The Relegation Group got underway first, as Olimpik Donetsk played their first game since Vyacheslav Shevchuk left his post as Head Coach. With Arsenal Kyiv in good form going into the game it was expected to be a tough game for the managerless side but somehow as it always is in the UPL, the Donetsk team turned on the quality. They defeated Kyiv’s other team by two goals to nil, with goals coming from ‘seperatist’ Hai and the other from Dehtaryov.
This meant that just a point from Chornomorets would put them above their automatic relegation place challengers, Arsenal on goal difference. And a point they got, in one of the most uninspiring and entertainment lacking games of the season against Karpaty. The game concluded at 0-0 and the less said about this result the better. Karpaty remain in 9thbut now are merely just one point ahead of Olimpik in 10th.
The third game was a battle between the top two fighting for the 7thplace trophy and the right to be called the ‘Best of the Rest’. Desna visited Poltava comfortably sitting in 7thand Vorskla had been in freefall for much of 2019. It got off to the worst possible start for the hosts as they went 3-0 down inside 45 minutes. However, Kosovskyi must have given his side one hell of a team talk during the interval as they re-emerged and pegged Chernihiv back to 3-3! Will this result reignite their season and spark some more positive performances for the rest of the campaign?
Wednesday hosted the Championship Group matches. Oleksandriya ensured their 12-point lead in 3rdplace was safe with a resolute 2-1 victory against Mariupol sees them to likely secure a Europa League spot, granted that they don’t capitulate heavily before the end of the season. Zorya Luhansk, saw off Bohdan Blavatskyi’s men in what was his UPL managerial debut. The top flight novice was on the verge of taking a point back to Lviv until a last minute penalty, converted by Oleksandr Karavayev ensured the hosts grabbed 3 points and move two points above Mariupol.
In the final game of the Matchday, it was the reprisal of the most fiercely contested derby in Ukrainian football. Shakhtar travelled to Kyiv to face Dynamo. This game had more significance for the hosts, as they knew it was a must win fixture. With a seven-point lead to chase down against their opponents, it was likely that anything but a victory would more than likely hand The Miners another title. Carlos De Pena, made his Dynamo debut and looked surprisingly lively. However, he like everyone else on the pitch was unable to break the deadlock. An effigy of a hanging Junior Moraes in a Shakhtar top, swung from the top tier of the Dynamo Ultras end as the game entered stoppage time. The Brazilian born Ukraine International almost had the last laugh as Shakhtar were awarded a penalty in the last minute. However, he didn’t. Moraes struck a poor penalty as the whistling in the stadium hit its loudest, and Boyko in the Dynamo goal saved with ease. This didn’t matter too much for Shakhtar, as the game ended 0-0 and they maintained their comfortable lead at the top. The Title race is practically OVER!
PREDICTOR TIME 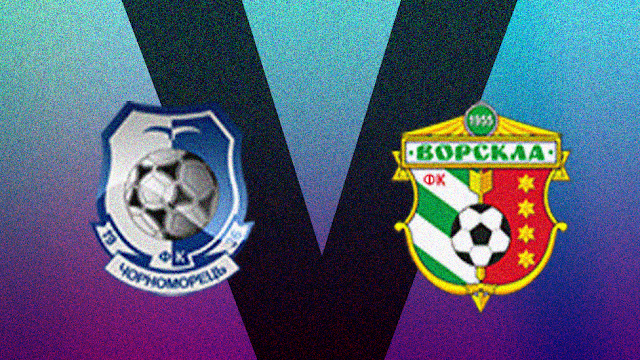 Chornomorets Odesa v Vorskla Poltava
Todos’ prediction:Vorskla will be buoyed by their comeback against Desna in midweek as they face Chornomorets. The Poltava side need to pick up their first three points of the calendar year and they’re in prime position to take them against lowly Odesa. Vorskla have struggled to score goals this season and even more so after the winter break. It’s unlikely that they will recreate the goal scoring exploits that they showed versus Desna but the quality of their squad is certainly ahead of that of their hosts. Chornomorets parted with their keeper, Bezruk this week as he left for Azerbaijan and really haven’t shown too much promise themselves in recent games. Their 0-0 with Karpaty emphasised the Lviv side’s inconsistency rather than the Odesa side’s defensive supremacy. Vorskla to win this closely contested tie. Just.
0-1
RESULT: TBC 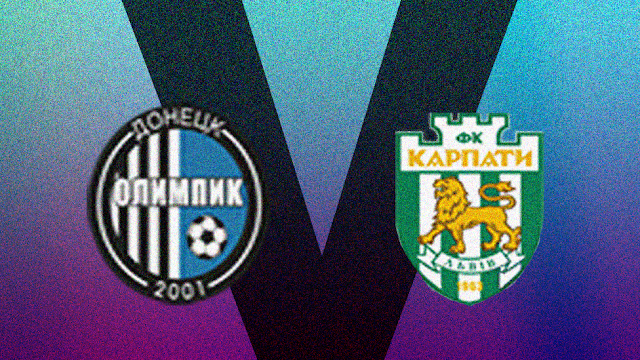 Olimpik Donetsk v Karpaty Lviv
Todos’ prediction: Olimpik Donetsk won their first game of 2019 last week against Arsenal Kyiv. We will find out whether this will set a precedent in their game against Karpaty. The Lviv as usual have been incredibly inconsistent and are staring at being pushed into the relegation play off spots if they don’t beat Olimpik.
Maryan Shved as usual will be key if the away side are to pick up three points. Neither sides’ defences are capable of holding out against a half decent attack and it looks more than certain that both teams will score. With Olimpik’s managerial situation still up in the air, Karpaty should capitalise and edge away from those dreaded play off spots. 1-2
RESULT: TBC
SUNDAY

Mariupol v Shakhtar Donetsk
Todos’ prediction:Shakhtar travel back to the Donetsk Oblast as they host their ‘sister’ loanee destination club. Six first team players aren’t travelling for the league leaders but it is still odds on that the visitors will pick up the victory. Junior Moraes will be hungry to make up for his penalty miss in midweek and determined to hit that 20 UPL goals milestone for the season. Won’t be as straightforward as it usually is but a win is certain nonetheless.
0-1
RESULT: TBC

Oleksandriya v Zorya Luhansk
Todos’ prediction: Zorya Luhansk will be desperate to get some more points on the board this week as they aim to move clear of their closest rivals Mariupol and put some pressure on their opponents, Oleksandriya, who are 12 points ahead of them. As has been stated before in these predictions, Zorya have been a shadow of their former selves this season and seem to struggle to gain a hold of games usually scraping wins or draws late on. They did this last week and are likely to put Oleksandriya to the sword. However, the hosts are notoriously solid at the back and will not be letting in any soft mistakes. The forwards of both sides aren’t the most potent or in the best of form and as a result, a grinded out draw will suffice for Oleksandriya who are looking to secure their 3rdplace finish as early as they can.0-0
RESULT: TBC 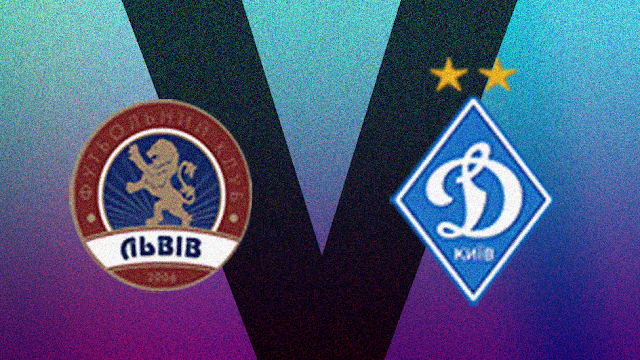 FC Lviv v Dynamo Kyiv
Todos’ prediction:Bohdan Blavatskyi’s men host Dynamo Kyiv in what will be his first home game in charge. Lviv won in Kyiv during the first stage of the season and although their star man Bruno Duarte is back amongst the goals, it is unlikely they will challenge this Dynamo side.
Dynamo will be wanting to bounce back from their frustrating draw with Shakhtar, and although it is unlikely they will catch Shakhtar now, they will need to continue winning in the hope their rivals slip up elsewhere.
Tsyhankov has been in top form since the start of 2019 and will be expected to put in another shift in this game against a notoriously hard to break down defence. It won’t be easy for Dynamo but they should get the game over the line. 0-2
RESULT: TBC
MONDAY 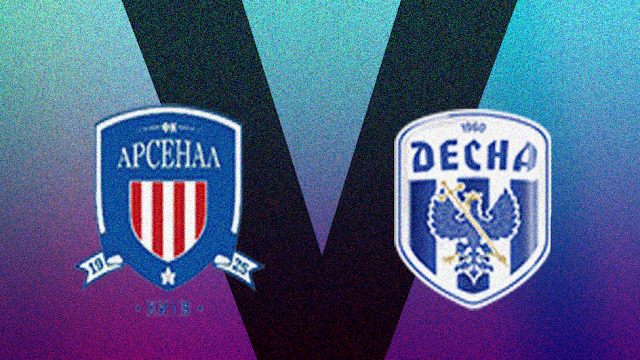 Arsenal Kyiv v Desna Chernihiv
Todos’ prediction: It’s TOP versus BOTTOM in this relegation group showdown. Being played out on Monday, Arsenal will be looking to get an instant response from themselves after their disappointing defeat against fellow strugglers Olimpik. With Chornomorets playing earlier in the weekend, they will need to match or better their relegation rivals to stand a chance of staying in the league. Desna, on the other hand are flying despite their blip against Vorskla, they have yet to lose since the switch in league format. Serhiychuk looks to be in great form as he scored twice against his former club in midweek and it’s difficult to see anything other an away victory in this one as the visitors look to maintain their lead at the top.1-2
RESULT: TBC
MATCHDAY 26 FINAL SCORE: TBC
FOLLOW ZORYA LONDONSK WEEKLY ON SOCIAL MEDIA:
⚽ Zorya Londonsk Weekly on IG
⚽ Zorya Londonsk Weekly on Twitter
⚽Zorya Londonsk Weekly on Facebook