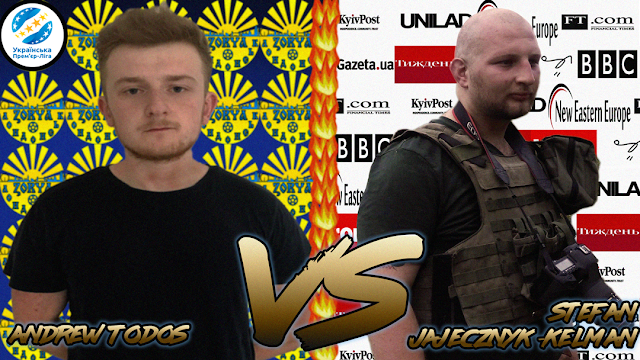 The First Ukrainian El Clasico of the season came and went. Benjamin Verbic scored the winner once again, in a 1-0 victory for Dynamo. These seem to be becoming routine wins for Khatskevich and his men. However, Dynamo still find themselves in second place, as they’re being kept off the top of the table on goal difference by the mighty Oleksandriya! What a story! They’re currently on a 16 game unbeaten run!
Aside from the UPL action, Dynamo and Zorya made their European qualifying returns this week alongside the already competing Mariupol. Verbic was on the scoresheet again as Dynamo succumbed to a last minute penalty equaliser against Slavia Prague. Zorya also played out a 1-1 draw against Braga in Zaporizhya whilst Mariupol gave up a 1-0 lead to lose 3-1 to Bordeaux in Odesa. It seems like an almost impossible task to reach the UEL play off round for Mariupol now but we wish them and the other two sides the best of luck in next week’s fixtures!
Finally, the EPL restarts this weekend, where Ukraine’s main man, Andriy Yarmolenko, seeks to prove himself at his new club, West Ham, after a difficult past season in Germany. Check out our in depth overview and analysis of his career so far and how we think he will get along in the Premier League in our featured article of the week, which can be found on our home page!
Andrew Todos of Zorya Londonsk Weekly will be making predictions for every UPL game this season, against a variety of guests.
Our fourth guest of the 2018 – 19 season is Stefan Jajecznyk – Kelman. Stefan is a freelance journalist with bylines in the Kyiv Post, UNILAD, New Eastern Europe, FT.com and The Mirror. Whilst he covers a wide range of news and political topics in his reporting, his primary area of expertise rotates around Ukraine and the former Soviet Union. His line of work has even taken him to the frontline in the Donbas, where he has visited Ukrainian soldiers and local residents fighting in or living through Ukraine’s war with Russia. When he’s not writing professionally, he can be found on twitter @sjajecznykMEN, where he is usually tweeting about football, Brexit and of course, Ukraine!  He is currently keeping a close eye on developments in; the war in Donbas, the country’s political sphere and the upcoming 2019 Presidential elections.
Alongside his interest and work in news and politics, Stefan is a big football fan! He supports Nottingham Forest in the UK, whilst avidly following Dynamo Kyiv as his Ukrainian side. When asked about how he thought his two clubs’ seasons would pan out, Stefan told us that he was looking forward to exciting campaigns ahead for both sides. He noted Forest’s big spending over the summer, taking a leaf out of the Wolves book, and how that should afford them at least a shot at the play offs. On the prospects of Dynamo, he was a little less optimistic despite their strong start to the season. He’s hopeful that they can improve on previous seasons but still sees Shakhtar as too strong of a competitor to be dethroned come the end of the season.
As we have mentioned in a previous article of ours, politics and sport are usually inextricably intertwined with this certainly being the case in Ukraine. We asked Stefan about his experience of visiting the frontline and how much of an impact the war has had on the state of football in the country. He noted that the most obvious side effect of the war had been that four current Ukrainian Premier League sides, originating from the country’s Eastern regions, were not able to play at their home stadiums. Stefan continued  “Zorya have been a real success despite the upheaval in having to move to Zaporizhya. Nomadic Shakhtar, currently based in Kharkiv, have previously shared stadia in Kyiv and Lviv while also having to deal with some not-so welcoming locals.”
Over the past two seasons, Zorya have had to play their European matches in Odesa and Lviv due to a UEFA decision deeming the Slavutych Arena in Zaporizhya as unsuitable. Stefan wrote about this for Manchester United’s website before their trip to Odessa to play Zorya. He said “It would be unfathomable for a British side to go through something like this, the comparison was something like United having to play all their home games in Luxembourg!” Furthermore, after coming into contact with many former ultras in the Joint Forces Operation zone, Stefan concludes that the war has seemingly united a large majority of them, fighting against a common cause whilst simultaneously rehabilitating their previously unfavourable image somewhat.
Speaking about how soldiers reacted to Ukrainian sporting stars showing them public support, Stefan told us “I wouldn’t want to speak for the troops and how they feel about athletes specifically, but generally they are appreciative of people remembering them, where they are and what they’re doing.” SLAVA UKRAINI!
Moving away from the very real but raw topic of war, we asked Stefan about his expectations concerning Ukrainian clubs in Europe this season. Would Ukrainians have something to shout about this year other than seeing their capital city host the Champions League final? Trying to avoid a football cliche, Stefan mentioned that “It’s a bit of trope now to say Ukraine is a tough place to get a result but it is true. Ukrainian sides perform better at home whilst Western sides struggle.” He’s confident that Dynamo should make it to the UCL group stages.

Before we move onto the UPL MATCH PREDICTOR, with the Premier League kicking off this weekend, we could not let Stefan go without asking him for his thoughts on Yarmolenko. Will he break the trend of past Ukrainians and be a smash hit or flop as is customary? Stefan remains a bit sceptical. “Yarmolenko has the quality, for sure; but West Ham are a team still in a bit of flux, the stadium move seems to have hampered them and the fans aren’t happy generally. It may be difficult for him to settle.” Stefan believes that it may be possible that he follows the trend of other Ukrainian players that have gone to the EPL. “Those who usually arrive later in their careers and as a result have found it difficult to adapt to the pace and pressing the English game has.” Good Luck Andriy! 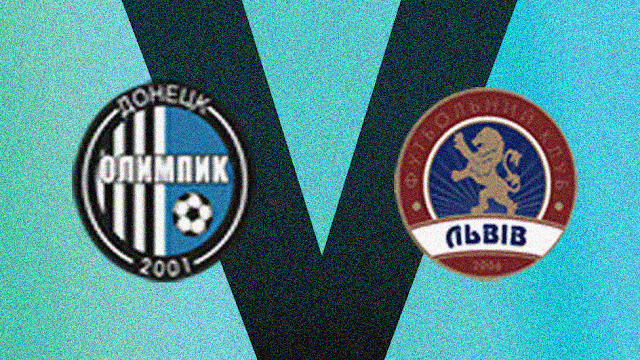 Olimpik Donetsk v FC Lviv
Todos’ prediction: For a second week in a row Lviv were denied a draw after defending resolutely for most of the game against Vorskla. However I think neither side has what it takes to capitalise on the other’s weaknesses. Bore draw. 0-0
Stefan’s prediction: ‘Honours even for two middling teams.’ 1-1
RESULT: 1-1 : Pasich (86′) / Adamyuk (68′)

Shakhtar Donetsk v Vorskla Poltava
Todos’ prediction: Fresh from their disappointment after losing to Dynamo once again, Shakhtar will be looking to build back some form. Vorskla have been playing in first gear for most of the season so far and I don’t think they’ll change that against a strong Donetsk side.  3-1
Stefan’s prediction: ‘The defending champions’ quality will show in what I think will be a routine win’ 2-0
RESULT: 4-1 : Marlos (50′), Stepanenko (59′), Khocholava (62′), Moraes (74′) / Sharpar (25′)

Karpaty Lviv v Zorya Luhansk
Todos’ prediction: Both of these sides have had a strange start to their campaigns so far. Karpaty will still be reeling after letting a two goal lead slip against Olimpik last week. They always seem to bottle it when expectations are set too high! Zorya will have a greater focus on their UEL second leg next Thursday and as a result might slip up again. 1-1
Stefan’s prediction: ‘Another evenly-pitched game though I think Karpaty’s home advantage will give them the edge.’ 2-1
RESULT: 0-1 : Kharatin (77′)

Oleksandriya v Arsenal Kyiv
Todos’ prediction: Oh, Oleksandriya have caused quite a shock so far this season. Could they go onto win the whole UPL? The Ukrainian Leicester? It’s unlikely but one thing’s for sure, Arsenal Kyiv are awful. My vendetta against Ravanelli as a coach continues. They won’t be able to match Volodymyr Sharan’s men. Comfortable victory. 2-0
Stefan’s prediction: ‘It’s a top versus bottom clash with Oleksandriya unbeaten so far. Easy home win I think.’ 3-0
RESULT: 1-0 : Tsurikov (58′)

Mariupol v Dynamo Kyiv
(GAME POSTPONED: PLAYED ON 26/09/18)
Todos’ prediction:There’s talk of this match being postponed for some reason. Not entirely sure as to why when Sunday would seem relatively logical for these European competing teams to meet. Either way, Dynamo will be too strong for the Azov side whenever this fixture is eventually fulfilled. 0-3
Stefan’s prediction:‘This will be a tough trip for Dynamo but I think their form and confidence will overcome Mariupol’s leaky defence.’ 1-2
RESULT: 0-2: Verbic (7′) , Tsyhankov (24′)

Chornomorets Odesa v Desna Chernihiv
Todos’ prediction: Chornomorets have somehow outperformed themselves so far this season. After Oleksandria, they’ve definitely been the most surprising team. However, this week I feel they will suffer another defeat at the hands of Desna who have a more distinguished attacking force. 1-2
Stefan’s prediction:  ‘An early mid-table clash with plenty of goals.’ 2-2
RESULT: 1-0 : Smirnov (72′)