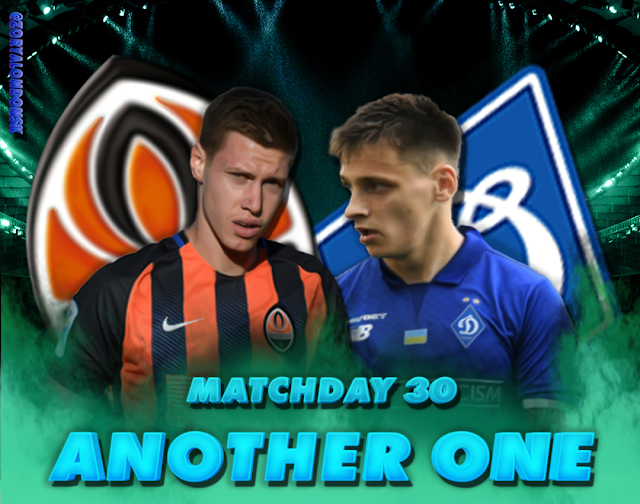 ANOTHER ONE:
MATCHDAY 30
THE UKRAINIAN FOOTBALL ROUND UP: 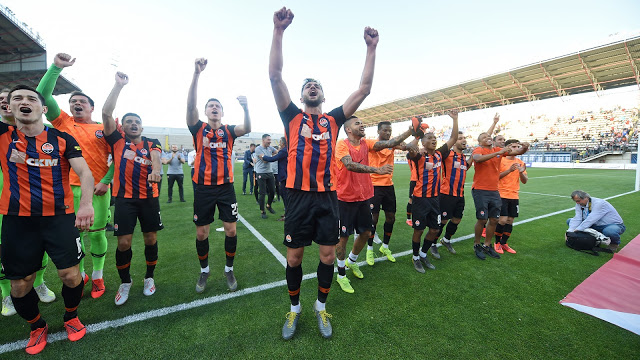 Matchday 29 ended with the crowning of the 2018/19 UPL Champions!
Shakhtar beat Zorya Luhansk 1-0 in Zaporizhya to pick up their third consecutive league title and completed the domestic double after their midweek cup win! Shakhtar are now the most decorated Ukrainian club post independence (All silverware included)!
Dynamo made sure they secured the silver medal spot with a 2-1 win against Mariupol! But as far they are concerned the season was well and truly over after the last El Clasico draw result which left them forever chasing their Miner rivals…
Oleksandriya need to wait at least another week to ensure bronze after losing 1-0 to FC Lviv at home. This puts their own historic qualification for the Group stages of the Europa League on hold too!
The Relegation fight switched places throughout all of Saturday but everyone eventually ended up in the same positions that they had started the weekend in!
Vorskla picked up a 2-0 win vs Arsenal Kyiv to leave the away side second bottom. Vorskla closed in on Desna for that ‘Best of the rest’ spot with this victory. The so called final showdown between these two occurs this midweek!
Karpaty left the Relegation play off spots temporarily with a surprise win over Desna at home! However they fell straight back in before the day ended as Olimpik beat Chornomorets 2-1 to remain outside and condemn Odesa to bottom once more! Relegation looking more and more of a reality for the Southern Ukrainian side…
PREDICTOR TIME Chornomorets Odesa v Karpaty Lviv
Todos’ prediction:Both sides need three points in this relatively understated midweek six pointer. Chornomorets are on the verge of being condemned to relegation, either automatic or through play off means if they fail to win in this one. Whereas Karpaty have given themselves a lifeline with their win on the weekend. The only problem they have is that Olimpik have also fallen into form and they’re currently two steps behind.
The Black Sea coast should provide better conditions than that of Stadion Ukraina on Saturday and it’s likely to be an eventful game with so much on the line. Would fancy Karpaty to edge this one but that’s just too positive in its outlook when taking a look back at the season behind us. Bottling will occur.  1-1
RESULT: TBC 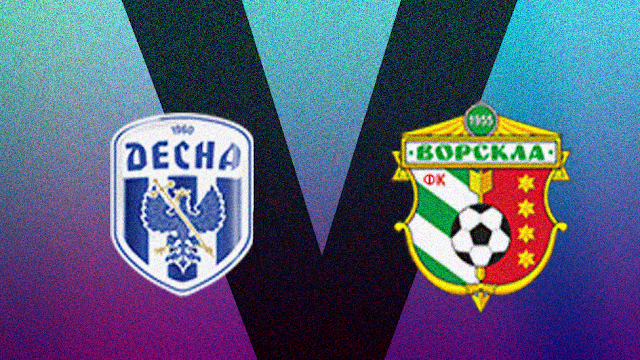 Desna Chernihiv v Vorskla Poltava
Todos’ prediction: This battle of the ‘top two’ is a lot tighter than that in the other section of the UPL. These two sides technically have silverware to play for in the form of a weird looking 7thplace trophy. Desna currently entertain so called ‘top’ but this has been cut to a mere point due to recent results. Vorskla are rejuvenated are a string of positive performances and they seemed to have found their groove against the league’s traditionally weaker outfits.
Kolomoyets will be looking to get his second goal of the season from up top in what will be his 24thappearance in the league this season. It looks more likely to see Desna pick themselves up from a surprise defeat on Saturday to get a morale boosting and potentially silverware winning victory at home. (Only if results go in their favour in the remaining two fixtures after this one). 2-0
RESULT: TBC

Arsenal Kyiv v Olimpik Donetsk
Todos’ prediction:Arsenal look to be slowly deteriorating just at the wrong moment. Their positive run was undone by Vorskla and it may look to continue against a free scoring Olimpik, who are now relatively unrecognizable to the side that played under Shevchuk. Dieye looks to be a revelation up front, whilst Pasich in midfield is enjoying a productive spell in creating chances.
Technically a home fixture for both sides here (both play at the same stadium) baring in mind home advantage is minimal when it comes to UPL attendances, the players should know the task at hand. Arsenal need to win to entertain slim hopes of escaping relegation altogether whilst Olimpik need to maintain a couple more games without a loss to all but guarantee survival for another season. Goals in this one. 1-2
RESULT: TBC
WEDNESDAY

FC Lviv v Zorya Luhansk
Todos’ prediction: FC Lviv shocked us at the weekend but there’s no chance that they will be getting a second win on the bounce, against Vernydub’s men. Lviv are all but confirmed 6th spot now (due to the amount of fixtures left) and as such will be feeling less than motivated, despite their surprise victory.
Zorya played well against Shakhtar and will want to better Mariupol as the season phases out. The fourth spot race is neck and neck. Inconsistency has plagued this Zorya side throughout this campaign and it will be a test to see if they can beat the side bottom of the ‘top half’.
Budkivskyi has been uninspiring up top but it’s a game like this where the likes of Karavayev and Hromov turn up and take them over the line. 0-2
RESULT: TBC

Mariupol v Oleksandriya
Todos’ prediction:This is another game with both sides chasing down down their end of season targets. Oleksandriya postponed their automatic qualification to the Europa and will be looking to ensure that occurs this midweek.
Mariupol were hopeless against Dynamo despite the result, but still have a chance of grasping a handle on fourth. Unfortunately, neither side look to be able to grasp games by the scruff of the neck recently.
Oleksandriya’s lack of a goal-scoring striker seems to have affected their recent matches. Mariupol just need to be more clinical. Score draw looking the most probable. 1-1
RESULT: TBC

Shakhtar Donetsk v Dynamo Kyiv
Todos’ prediction:In what is the most meaningless Ukrainian Derby of the season and least motivational fixture between these two sides in years, it’s unlikely that this will be a memorable one. Both sides will be relaxed, Shakhtar more so as they secured the league on the weekend.
Dynamo, now guaranteed second will likely be on the beach during this one, as has their intensity been since the last Derby. Of course there is pride to play for and it’s likely to be fiery as these games always are but with no serious motivation it is certain to fall flat.
Moraes will be looking for revenge and to add to his tally but will fall as short as both side do. Dire. 0-0
RESULT: TBC
MATCHDAY 30 FINAL SCORE: TBC
FOLLOW ZORYA LONDONSK WEEKLY ON SOCIAL MEDIA:
⚽ Zorya Londonsk Weekly on IG
⚽ Zorya Londonsk Weekly on Twitter
⚽Zorya Londonsk Weekly on Facebook