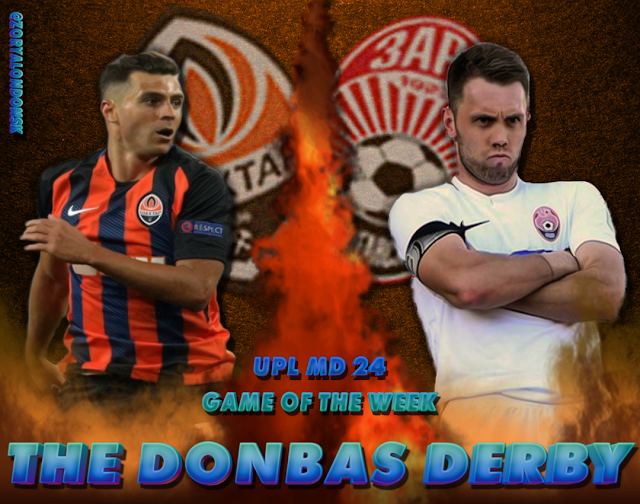 BACK TO REALITY: MATCHDAY 24

THE UKRAINIAN FOOTBALL ROUND UP:
The past week and a half has seen an immense amount of Ukrainian football pan out in unpredictable fashion. Both the UPL and the Ukrainian Cup have had us gripped to our seats, with comebacks and cupsets galore!
It’s first time to rewind to a week and a half ago, when the UPL hosted Matchday 23 over the course of a stagnated week. Karpaty kicked us off on a Tuesday, hosting and demolishing Vorskla 4-0 (AGAIN) in large part thanks to Maryan Shved who got himself a brace and an assist. The Celtic twitter community get more excited by the week at the prospects of this young Ukrainian once he moves to Glasgow in the summer! The victory gave Karpaty some breathing space between themselves and the relegation play off spots!
On Wednesday of that week, we got a few more thrilling games. However, it started far from enthralling as Shakhtar, somewhat unsurprisingly narrowly edged out Oleksandriya 1-0, which saw them maintain their seven-point lead at the top of the table. Junior Moraes, contributed the winner as he clocked in his 17thgoal of the season. Shakhtar, currently very much playing on the backburners as they reserve their energy for league games against Dynamo.
Dynamo travelled to Zaprorizhya to play Zorya and were almost on the end of a shock defeat as the Luhansk side went two ahead inside 58 minutes. Tamas Kadar was subsequently sent off and the game and all three points looked like they had passed the Kyivans by. However, from somewhere Dynamo mustered enough might to stage the most unlikely of comebacks.
Buyalskyi pulled one back before a stunning Tsyhankov free kick drew the scores level. Zorya’s second goal scorer Max Biliy was then shown a straight red with 20 minutes to go. Dynamo began to regain ascendency and were rewarded for their rare showing of a never say die attitude in this match with an 84thminute penalty giving Tsyhankov a double and Dynamo all three points.
Another unprecedented thriller unfolded at Stadion Ukraina as FC Lviv entertained Mariupol. The hosts took at early lead through Lipe Veloso, before having Martan sent off at the start of the second half. This changed the swing of the game, with Mariupol grabbing three goals and Zubkov playing an instrumental role in all of them (2 goals and an assist). With the game looking dead and buried for Lviv, Priymak scored their second with 10 minutes to go, but they didn’t have enough to grab the equaliser late on.
The two remaining games were played out on Saturday as all the clubs involved in these fixtures had already been knocked out of the Cup. Desna travelled to Kyiv to face Olimpik and got themselves a resolute win in their challenge for the ‘Best of the Rest’ trophy. Olimpik were never really a threat and remain the relegation play off places.
The closing game of Matchday 23 saw a six pointer take to the stage. Second bottom Chornomorets faced 12thplaced Arsenal Kyiv in a tie that was largely over in the first half. Arsenal, whose performances have improved exponentially since the start of the year, scored 3 goals before half time. The game ended 3-1 in favour of the guests and they move to within one point of their direct relegation rivals.
The Ukrainian Cup was the main spectacle last Sunday with all four Quarter Final fixtures taking place on the same day.
Inhulets Petrove from Persha Liha entertained Karpaty Lviv in the first match of the day. They ended up causing a shock and evading Karpaty another season of the elusive ‘Kubok Lvova.’ They went ahead in the second half, only for the man of the moment, Maryan Shved to grab a 90+7 minute equaliser for his club. The game went to penalties and Kerim Yoda, who scored a penalty against Vorskla that same week, who got the decisive miss.
Zorya Luhansk booked their own spot in the semi finals thanks to a goal from Lednev which saw them edge out FC Lviv. Yuri Bakalov, the FC Lviv manager then subsequently resigned from his post the following day, despite leading the side to the Championship group in the league. Lviv really is the carousel of managers!
Whilst Dnipro-1 (current Persha Liha leaders) dumped the truly in decline Vorskla with ease, scoring two goals late on and ensuring they are just one game away from a cup final.
However, the main fixture on this Cup day game last. The Ukrainian El-Clasico played out in fiery style as the two locked horns for the first time in 2019. Whilst this fixture is getting overly repetitive in recent seasons and seems to be losing its unique spark, this game went against that claim. From start to finish, this was a good old fashioned, aggressively contested derby. 15 yellow cards were shown in this match over the course of 120 minutes as it went into extra time at 1-1 and both sides down to ten men. Denys Harmash opened the scoring and was then later sent off for a head-butt on Moraes before Shakhtar’s goalscorer was also shown his marching orders shortly afterwards for a second yellow.
Pyatov was the hero in the penalty shootout as he saved two woeful attempts from unconventional takers; Mykolenko and Shepelev.
CONFIRMED SEMI FINAL DRAW:
INHULETS V ZORYA LUHANSK
SHAKHTAR V DNIPRO-1
PREDICTOR TIME 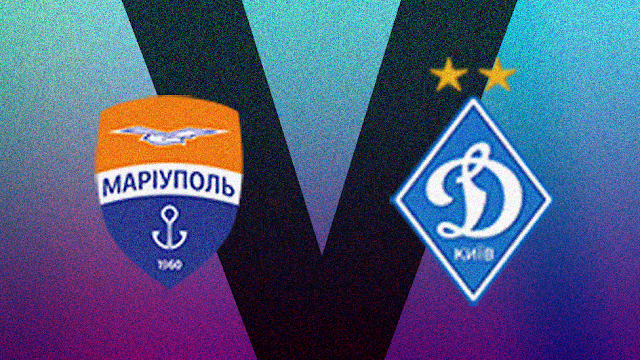 Mariupol v Dynamo Kyiv
Todos’ prediction: Dynamo travel to the Azov Sea, in what is now an infamous fixture for the Kyiv side. When they refused to travel in 2017, they sacrificed 3 points and that was what the title came down to!
No repeats of that this time as Dynamo look to partake in this! They arrive on the back of defeat in the cup to Mariupol’s Donbas neighbours Shakhtar but in solely league talk, Dynamo will be perked by their sensational comeback against Zorya!
Tsyhankov will look to persist with his rich vein of form this season, whilst Verbic will be looking to rediscover some goals, something that he has been lacking since the turn of the year! However, Mariupol are taking their shot at a European spot in full stride, chasing down 3rd places Oleksandriya!
This game won’t be the easiest for Dynamo but one they should edge. Mariupol’s youngsters to show they can take on the big boys but ultimately lack of quality will show by the end. 1-3
RESULT: TBC 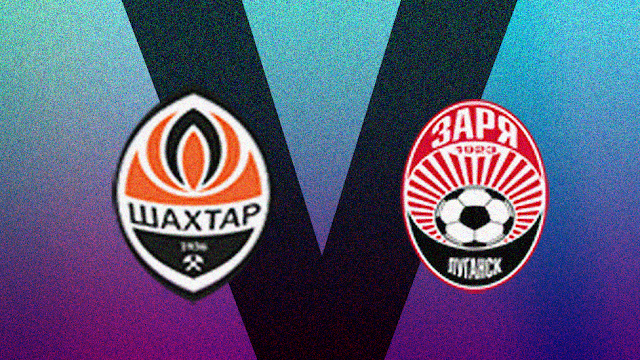 Shakhtar Donetsk v Zorya Luhansk
Todos’ prediction: Shakhtar go into this game missing one of their key men. Marlos, is likely to be out for a while, having had an operation in the week. Shakhtar have been drifting by since the start of the year and showed that once again last week beating Oleksandriya 1-0.
They face a more offensive threat this week in the form of Zorya but Zorya aren’t the side they’ve been in recent seasons. A feisty game is expected but a routine Shakhtar victory is all that can be envisaged. Things that are likely to feature are a goal for Junior Moraes and Pyatov to maintain his clean sheet record in the league. 2-0
RESULT: TBC

FC Lviv v Oleksandriya
Todos’ prediction: Oleksandriya will be looking to contain their 7-point lead in 3rd place as they visit the bottom club in the ‘top 6.’
Manager-less FC Lviv, who have been seriously short of a consistent goal scoring outlet since the turn of the year, will be wanting to kept the pace with fellow Europa League challengers Zorya and Mariupol too.
Both sides boast a strong defence, so a low scoring game is expected but Oleksandriya have been consistent enough against sides outside the big two to bring home the three points. That confirmed debut Europa League group stage place is within reach. 0-1
RESULT: TBC
SUNDAY

Desna Chernihiv v Karpaty Lviv
Todos’ prediction: Both sides were on the winning end come 90 minutes last week. Desna saw Olimpik fairly easily but will be up against more poignant attacking opposition this week, that is if Karpaty can show something that they have presented little of so far this season; Consistency!
Shved will be wanting to maintain his red hot form and push closer to the top scorer rank but will he be able to perform against a side that isn’t Vorskla? It’s expected this game will certainly contain goals. Both sides to concede. Karpaty to be victims of their own hype. 2-1
RESULT: TBC

Arsenal Kyiv v Vorskla Poltava
Todos’ prediction: Arsenal will be positively buoyed by their sensational away win to fellow strugglers Chornomorets last week and will be looking to leapfrog their relegation rivals as they host the woeful Vorskla!
Vorskla have nosedived since the start of the year and the lack of goals (as mentioned weekly) will be their undoing again! Arsenal to do the unthinkable with their team of half decent journeymen and youngster loanees, brought in during the winter, will see them move off the bottom for the first time this season (at least temporarily).1-0
RESULT: TBC 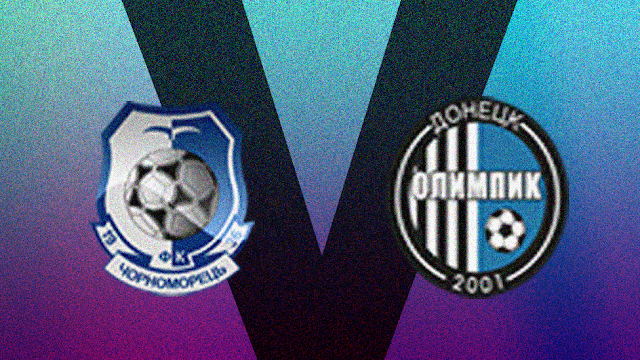 Chornomorets Odesa v Olimpik Donetsk
Todos’ prediction: This one is a tough game to call. Both have been unbelievably sub par for the entirety of the season. A few draws against mid table opposition have saved Olimpik from sitting lower in the table but overall, Shevchuk’s side offer little either going forward or behind.
Balashov, will be a miss on the goal getting side but maybe their saving grace will be Chornomorets are even worse. With a risk of going bottom come full time, they’ll need to put in some performance and keep within sight of leaving the relegation play off zone. However, this looks highly unlikely. A drab game but it’s about time Olimpik got a win under their belts. The narrow of narrow victories. 0-1
RESULT: TBC
MATCHDAY 24 FINAL SCORE: TBC
FOLLOW ZORYA LONDONSK WEEKLY ON SOCIAL MEDIA:
⚽ Zorya Londonsk Weekly on IG
⚽ Zorya Londonsk Weekly on Twitter
⚽Zorya Londonsk Weekly on Facebook