THE UKRAINIAN FOOTBALL ROUND UP:
The UPL reverted to a slightly more subdued reality last week with some low scoring results and games low on chances.
Desna started the weekend off as they hosted Dynamo Kyiv in the early Saturday kick off aimed at giving Dynamo maximum preparation time for their Europa League tie the following Thursday. Desna did not make things easy for the visiting side, with a few tough tackles flying in throughout the game.
Kedziora opened the scoring Dynamo before winter signing Fran Sol went off with a serious looking shoulder injury. It has since been confirmed that he has had surgery and will be out for up to 2 months. Buyalskyi grabbed Dynamo’s second before Kartushov set up a nervy last 10 mins in the chilly North Ukrainian weather. Dynamo remain 7 points behind Shakhtar.
Dynamo then travelled to London to face Chelsea in their Europa League Round of 16 first leg tie. Dynamo succumbed to a 3-0 defeat which all but settles the fact that they’ll be exiting the competition after next week’s home tie. Dynamo just weren’t able to carve anything out in the final third, with Chelsea’s physicality preventing them from playing any kind of positive football.
However, Mykola Shaparenko did show real promise on a bleak night for the Kyiv club. Had it not been for his teammate Denys Boyko between the sticks Dynamo may have lost by even more! Regardless, the Dynamo boys will have to put this result to one side with the Kyiv Derby coming up on Sunday before a sell out crowd welcomes them at the Olympiyskiy in the home leg v Chelsea in a week’s time!
Shakhtar travelled to Odesa to face lowly Chornomorets in a game that many expected to be a walkover. However, come full time all that separated the two sides was a Marlos penalty that he ended up putting away this time. With a seven-point lead maintained over Dynamo, Shakhtar mathematically one the first ‘cycle’ of the UPL with just two games left before the ‘Split’. They can continue to grind out results like this as long as they keep winning. It will be the games against Dynamo where they’ll need to turn on the style.
Arsenal Kyiv pulled off a shock as they beat Olimpik Donetsk in an ‘away’ game played at their ‘home’ stadium. A Vakulenko penalty was enough to keep Arsenal’s very slim chances of staying up alive. Olimpik Donetsk really haven’t got going this season, Shevchuk’s first foray into management not going as well as some had hoped.
Zorya were the biggest winners of Matchday 20, with a 3-0 thumping of Championship group challengers Vorskla Poltava. However, the central Ukrainian club bowed out for the second consecutive week without a whimper. Vorskla remain in the top group spot but are now at serious risk of falling into the Relegation group. With Desna coming to the Oleksiy Butkovsky Stadium this weekend, it really is a cup final in terms of salvaging Vorskla’s season. From finishing third in last year’s campaign to battling it out for the ‘best of the rest’ award will be some downfall.
Oleksandriya continued their slow start to 2019 with a home draw against Mariupol. However with that point, they mathematically guaranteed themselves a spot in the Championship group and now stand a real chance of gaining a place in the Europa League. On the other hand, Mariupol have moved up to fifth in the league, leapfrogging Vorskla by a point and now will be hoping to make sure they get another shot at the Europa League themselves after falling short in the qualifying rounds earlier this season. However, with just two points separating eighth placed FC Lviv and Mariupol in fifth it really is all to play for in these final two first ‘cycle’ of fixtures.
Finally, Matchday 20 concluded with the eagerly anticipated Lviv Derby and boy did it disappoint. The main action of the game occurred off the pitch and in the Karpaty Ultra’s stand. An outstanding fire display and choreo was the most impressive thing in a match where there were limited chances and the sides were separated by an own goal from Mehmeric. Karpaty Lviv, who beat Vorskla 4-0 in the previous round failed to show anything similar in quality and were thus beaten 1-0 to the displeasure of the Karpaty Ultras, whose large banner read ‘Only one club in Lviv’, to the ‘frauds’. Only in the UPL eh!
PREDICTOR TIME 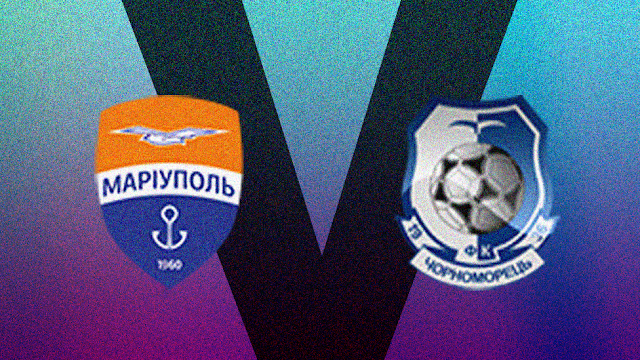 Mariupol v Chornomorets Odesa
Todos’ prediction: The Seagulls face the Sailors in this must win game for the home side. Mariupol are in pole position to solidify 5thspot in the first cycle of the league with a win against second bottom Chornomorets. The Odesa side will also be wanting to maintain the distance between themselves and Arsenal Kyiv at the bottom of the league.
Both of these sides are largely unpredictable with form usually going out of the window and inconsistent performances playing out on the pitch. With Mariupol having more to immediately play for, they should edge the visiting side but are likely to concede. 2-1
RESULT: 0-0

Vorskla Poltava v Desna Chernihiv
Todos’ prediction:A woeful start to 2019 could get worse for Vorskla if they don’t decide to buck up against their closest league rivals Desna. A must win for both teams should provide a physical and exciting game, with the teams currently at loggerheads in the table with matching points.
Vorskla are the only side in the top 10 leagues in Europe who have yet to draw a game this season and going off form this looks set to continue. No goal scoring threat is their biggest problem alongside the fact that their once resolute defence has been on the wane since the turn of the year.
Desna have goals in them across the pitch and will be looking to continue their impressive debut season in the UPL with a run in the Championship Group. Vorskla to slip up. 0-1
RESULT: 0-0

FC Lviv v Zorya Luhansk
Todos’ prediction: Zorya decided to put on a performance last week against Vorskla after being embarrassed by Dynamo in the first matchday of the year. They have goals in them and it seems that the performance against the Kyiv club can be put behind them.
FC Lviv host the Luhansk side fresh from their derby day win against Karpaty. Whilst there wasn’t too much worthy of note from that game, Karpaty have got Bruno Duarte back in the side. He’ll be wanting to restart the goal scoring exploits that propelled him up the leaderboards in the early part of the season.
With Lviv wanting to gain a place in the Championship group and only 2 points off the pace, they will certainly give this game a go. However, Zorya aren’t pushovers and will likely prevent all three points from staying at the Stadion Ukraina.  1-1
RESULT: 0-0
SUNDAY

Dynamo Kyiv v Arsenal Kyiv
Todos’ prediction: It’s the Game of the Weekend. The Kyiv Derby! Dynamo host city rivals Arsenal in what caps off an ‘English’ week for the Capital side. In what was a disappointing performance in midweek against Chelsea, Dynamo will want to put that behind them and regain some confidence ahead of the return leg next week.
With Rusyn likely to lead the attack again, it will be vital for him to get on the scoresheet and try to build up some goal-scoring form as he is likely to deputize whilst Fran Sol is out injured. Arsenal Kyiv may have signed a few interesting loanees during the winter but it is unlikely that they will trouble Dynamo in any real sense. Should be straightforward for the home club.  3-0
RESULT: 4-0: HARMASH (28′ & 39′) SIDCLEY (37′) TSYHANKOV (45+1′)

Shakhtar Donetsk v Karpaty Lviv
Todos’ prediction:Shakhtar host Karpaty as they aim to continue their charge to the title. The reverse fixture ended in a 6-1 defeat for Karpaty Lviv in a game where little other than Maryan Shved stood out for the Green and Whites. Shakhtar have so far this year edged out games without seriously stepping up their game, knowing they can still win games when playing at 70%.
After their defeat in the Lviv Derby, Karpaty secured themselves a spot in the Relegation group for the rest of the season and as such are likely to not put up much of a fight during this match. Would be good to see Shved put on a promising performance again but it’s likely that once more Shakhtar will on another level. Not a battering again but a comfortable victory for the Miners. 2-0
RESULT: 5-0: KOVALENKO (6′ & 64′) MATVIENKO (35′) MAYCON (44′) TAISON (79′)

Oleksandriya v Olimpik Donetsk
Todos’ prediction: It’s another home tie for Oleksandriya and this time they face an out of form Olimpik. Whilst Oleksandriya themselves have have not really got into gear yet this year, Olimpik don’t seem to look like a side capable of causing any serious concerns to the currently third placed club. Goals have seemed to dry up for Olimpik whilst their defence has not been as solid as it has been in recent seasons. Losing a few key players in January at the back seems to have affected the team’s spine.
Oleksandriya seem to be just warming up, they salvaged a point last week against Mariupol and will be looking to get their first win of the year to keep the distance between themselves and Zorya in fourth place. Kulach has yet to play for his new side and he should bring some goals once he does get involved but as for now, Oleksandriya will be sturdy at the back and are likely to win this by the odd goal. 1-0
RESULT: 1-1: KOVALETS (69′) / DIEYE (88′)
MATCHDAY 21 FINAL SCORE: 20
FOLLOW ZORYA LONDONSK WEEKLY ON SOCIAL MEDIA:
⚽ Zorya Londonsk Weekly on IG
⚽ Zorya Londonsk Weekly on Twitter
⚽Zorya Londonsk Weekly on Facebook
PREDICTOR LEADERBOARD