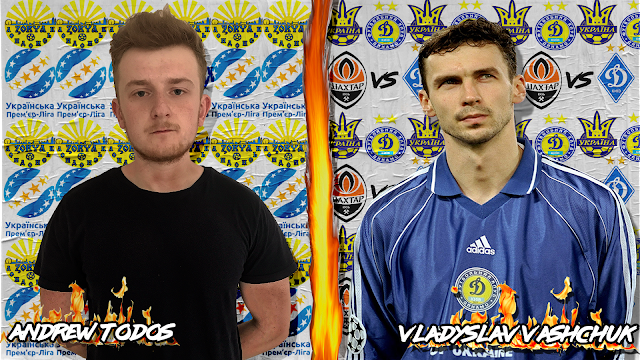 UPL MATCHDAY 14 – THE UKRAINIAN ‘CLASICO’FEAT. VLADYSLAV VASHCUK
UPL & UKRAINIAN CUP ROUND UP
Last week in the UPL had shocks aplenty! The biggest one was FC Lviv beating Dynamo Kyiv at the NSK Olympiyskiy by a goal to nil! The Lviv side’s Brazilian summer recruits have certainly stepped up to plate and are rewarding the side with vital goals.
This result means that it’s highly likely that Shakhtar will be lifting the Ukrainian title next summer, as Dynamo lose to another lowly side. The difference between Kyiv and Donetsk is the Miners’ ability to win the games against everyone else and then when it comes to the Clasico, it’s less vital that they need a result. Shakhtar, without Moraes, Taison and Marlos easily turned over Arsenal Kyiv. Would a similarly weakened Dynamo been able to have done the same?
Elsewhere, Karpaty returned to winning ways with a 5-0 thumping away at Chornomorets Odesa. It’s not looking good for the Black Sea side currently. Vorskla continued their fine form this season with a 2-1 win over Olimpik and the main man Kulach, got himself another goal to add to his Europa League winner. Third placed Oleksandriya stayed where they were as they played out a goalless stalemate with Zorya Luhansk. 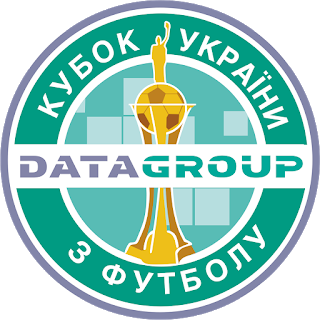 Whilst we have a Ukrainian Classico offering coming up this week, The Ukrainian Cup results and draw has also given us another in the next round. Dynamo came from behind to be FC Minaj 3-1, with Shaparenko getting a brace. Shakhtar also came from behind to beat city rivals, Olimpik 3-2. Inhulets, from the Persha Liha, beat UPL side Mariupol, whilst Dnipro-1 beat Kalush ensuring two lower league sides secured a place in the Ukrainian Cup quarter finals. Karpaty narrowly beat Cherkasschyna Akademia, whilst FC Lviv also won against Hirnyk Kriviy Rih. Zorya edged Desna in a penalty shootout whilst Vorskla saw off Chornomorets to finalise the QF berths!
UKRAINIAN CLASICO WEEK – AN INTERVIEW WITH VLADYSLAV VASHCHUK
Our fourteenth guest of the 2018 – 19 season is former Dynamo Kyiv and Ukraine National Team centre-back, Vladyslav Vashchuk. Vashchuk was a member of the great Dynamo team that entertained Europe at the end of the nineties. His defensive partnership with Oleksandr Holovko was seen as the one of the best on the continent. He featured heavily in both Champions League campaigns in which the Kyiv side reached the Quarter Finals and Semi Finals in 97/98 and 98/99 respectively.
Having amassed close to 250 league appearances for Dynamo, he can also be named a veteran of the Ukrainian Clasico (Klasichne) having played Shakhtar countless times during his time at the capital club. As a result, it is apt that we were able to talk to him this week ahead of the big game this weekend to find out more about this revered derby! 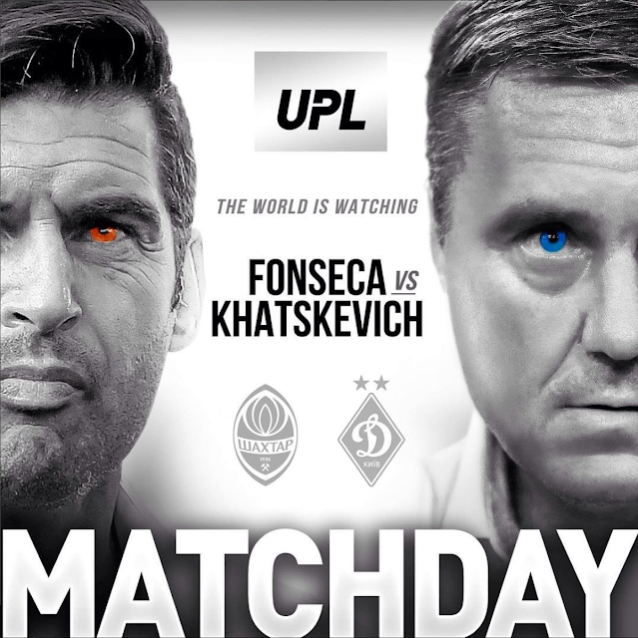 1.  You played in numerous matches against Shakhtar in your career. Are there any particular games or moments against the Miners that stick out in the memory?
VASHCHUK:‘Of course, games against Shakhtar have always been important. We always gave them special attention in our preparations because in the UPL, they were probably the most important games of the season for Dynamo.
The match that is most poignant in my memory was probably the one where I got injured in 2002. This injury was a pivotal turning point in my life and changed it irreversibly as far as I knew it. I ended up rupturing my cruciate knee ligament and not many players fully recover from such a serious injury. Some of them just leave and retire from football. You lose half a year minimum of playing time with such an injury.
This is what happened in the game v Shakhtar Donetsk. After very a strong challenge for the ball with Shakhtar forward Vorobey, I just couldn’t get up again. I remember Sanya Shovkovskiy was carrying me to the bus with his bare hands and I thought this was it… this is the end of my career!
When we played Shakhtar we played until the death, approaching the game aggression and without compromise. However, it is important to point out that, this never affected the relationship of the players between the two sides away from the pitch. All of us, as football people were able to separate ourselves between the beautiful game and our lives away from it.’
2.   UPL attendances have been waning in recent seasons, but back when you played this game was usually a sell out. What was the atmosphere like during a match against Shakhtar and how aggressive and tense were the games from a player’s perspective?
VASHCHUK: ‘These were the main games of the season. Every game was important. There was no other team stronger than Shakhtar, in the UPL, that could match us as competitively. The atmosphere varied from game to game, but the tension was enormous!’
3.   Having come up against countless attackers in your Clasico appearances, which Shakhtar player(s) gave you the most difficult time on the pitch?
VASHCHUK: ‘Hennadiy Orbu was not your standard player, he could always pull something out of the bag unexpectedly.Serhiy Popov wasn’t bad either either for the high standards of this fixture. Other than them I can’t really pick anyone else out. To properly answer the question, for me there weren’t any tough players that I came up against from Shakhtar. I practically could read them all very well.’
4.   How do you currently rate the current Dynamo side and their performances this season?
VASHCHUK: ‘If I’m honest, I don’t want to take any responsibility in making any prognosis of any particular players or performances. I believe in Sasha Khatskevich and I believe in the team.’
5.   What do you think the side currently lacks and are there any positives that Dynamo showing at the moment?
VASHCHUK: ‘First of all, there is a current shortage of qualified footballers. The Football World doesn’t stand still; the level of the game develops and improves on a day to day basis. To make a world class team out of only young players whilst playing in the Ukrainian league is probably not possible at this moment in time. Dynamo has currently entered the turbulent zone, and what happens next, nobody knows bar a close circle of people. Hence why I don’t really want to comment on what is happening right now.’
6.   Will Dynamo come away from this weekend’s fixture in Kharkiv with a positive result?
VASHCHUK: ‘I think Dynamo will bring back a victory. It has never been more needed to get a victory than in the present. The team needs stimulation, motivation especially after the loss to Lviv last time round. obviously Shakhtar is also up for the battle. I think the match is going to be interesting.’
7.   It’s now been more than seven years since you retired from playing football professionally. What have you been up to see leaving the game?
VASHCHUK: ‘Since retiring, I’ve opened a youth football ‘Academy Vladyslav Vashchuk’ in Brovary, where more than 200 children train.

At the moment, I am currently launching a football project linked with FC Vector (Kyiv). I want to create an established club, with a fully integrated and recpetive vertical structure, starting from the youth schools all the way to the first team.
I’m also currently involved in the development of the largest Ukrainian IT company specialising in sporting analytics. With the help of artificial intelligence, we are basically creating a new football reality. New technologies and scientific developments related to football are interest me greatly. We are learning from and taking note of world trends and global achievements in these fields. 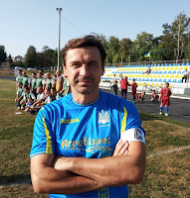 We are also learning from the Zelentsov group of scientists and what they were developing This is the group with Valeriy Lobanovskiy worked closely alongside to create his own scientific based approach to the sport. I am always lost for words when I see what is being created and advanced. We are doing our own unique thing. Honestly, I am opening a new world for myself.’
VLADYSLAV VASHCHUK’S SOCIAL LINKS:
⚽️ Vladyslav Vashchuk on Instagram
PREDICTOR TIME Mariupol v Arsenal Kyiv
Todos’ prediction: After a limp defeat to Inhulets in the cup during midweek and another loss away to Desna last weekend, Mariupol will be looking to regain some confidence and form. They play bottom side Arsenal, who still do not seem like they will be able to turn their season around. Mariupol are strong at home and should have enough to turn over the Kyiv side. 2-1
RESULT: 1-0: VAKULA (81′) 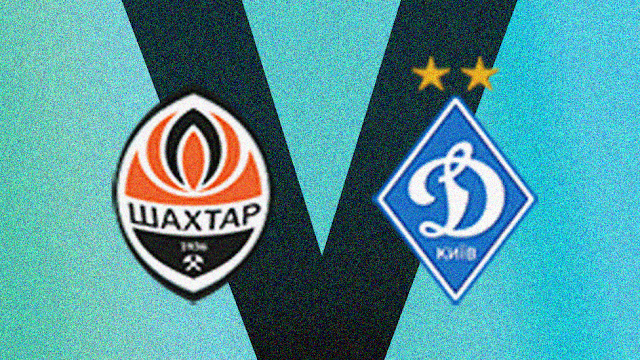 Shakhtar Donetsk v Dynamo Kyiv
Todos’ prediction: It’s the GAME OF THE WEEKEND! The UFC styled posters that have been promoting this game have done well to create some hype. However, Dynamo go into the game seriously off the pace. Their home to FC Lviv last time out, means they are seriously at risk of losing the title race already if they don’t get a result here. The actual game will probably overshadow the build up. Narrow affairs and with Dynamo’s lack of goal-scoring options at the moment. Envisage a bore draw. 0-0
RESULT: 2-1: MORAES (54′), KOVALENKO (90+3′) / SHAPARENKO (44′) 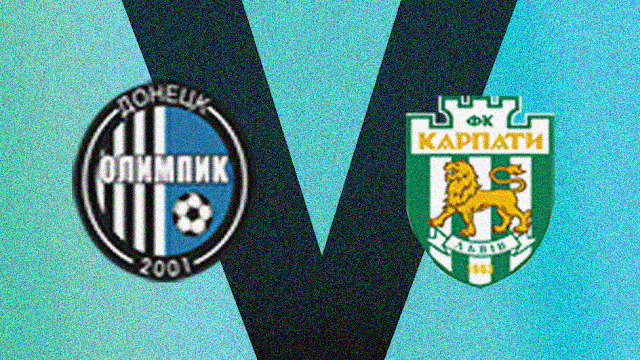 Olimpik Donetsk v Karpaty Lviv
Todos’ prediction: Olimpik have not had the best of starts under Shevchuk. However, this week they play a side that is more on their level compared to the likes of Dynamo, Vorskla or Shakhtar. Karpaty look to have got some of the flair and form back after demolishing Chornomorets, but they won’t have the killer edge to close off a win here. Score draw. 1-1
RESULT: 2-1: PASICH (90+2) / PONDE (5′) , SHVED (73′)
SUNDAY

Oleksandriya v Desna Chernihiv
Todos’ prediction: Oleksandriya remain in third spot for now and continue to grind out results. They don’t have a prolific forward but their resolute defending and team ethic has seen them maintain their high league ranking. Desna may have won last week but with this fixture being away from home for them, Oleksandriya should have just enough to see themselves over the line. 2-0
RESULT: 1-1: ZAPAROZHAN (53′) / HITCHENKO (88′)

Vorskla Poltava v FC Lviv
Todos’ prediction: After a historic win for FC Lviv in Kyiv last week, they will be bouncing after regaining some momentum. Their Brazilian recruits really have been pivotal for them, however they face a strong Vorskla side who have their sights set on third place again. It’s games like these they can’t afford to lose if they want to keep toe to toe with Oleksandriya. 1-0
RESULT: 2-0: REBENOK (19′) , YAKUBU (39′)

Chornomorets Odesa v Zorya Luhansk
Todos’ prediction: Zorya have been woeful in recent weeks. Their performances have seriously waned from recent seasons. However, when facing Chornomorets, they should have no excuses in winning this one. Odesa were battered 5-0 by the inconsistent Karpaty, so Zorya should be coming away from this with a victory minimum.  0-2
RESULT: 0-3: TYMCHYK (27′) , MAYBORODA (66′) , KARAVAYEV (72′)
MATCHDAY 14 FINAL SCORE: 30 POINTS
FOLLOW ZORYA LONDONSK WEEKLY ON SOCIAL MEDIA: