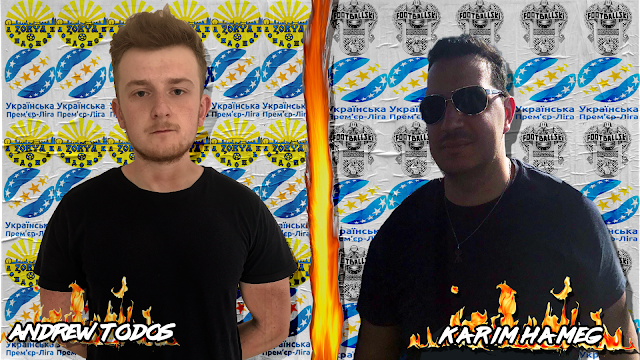 UPL PREDICTOR MATCHDAY 12
UPL REFRESHER & INTERNATIONAL ROUND UP
The UPL returns after a fortnight of hibernation due to the international break. Before Ukraine set off to draw with Italy in Genoa and beat Czech Republic in Kharkiv to secure their berth in League A in the next Nations League installment, the UPL closed off with a relatively subdued weekend. Oleksandriya won the Game of the Matchday with another 3-2 victory against Chornomorets Odesa. They maintained their third place spot, as Dynamo beat Olimpik narrowly in Shevchuk’s managerial debut for the Donetsk side.
Shakhtar succumbed to a 1-1 draw against Donbas rivals Zorya, in a heated affair, featuring massive a backlash on social media against Ihor Kharatin who went in for a malicious tackle on Taison. Taison was subsequently injured in that game and faces some time on the sidelines. Vorskla Poltava’s winning run came to an end in spectacular fashion as two Serhiy Hryn wonder goals, secured bottom side, Arsenal Kyiv a surprise win away from home.
Moving onto the International break and Ukraine really impressed. Playing Italy in Genoa would always be a tough friendly, but Ukraine matched the Italians in the second half after a shaky first half. Some Pyatov butter fingers, lead to Italy’s goal before Ruslan Malinovskiy’s first Ukraine goal secured even spoils. One thing that was apparent is that Ukraine need to be more clinical in the final third, creating countless chances but missing far too many sitters.
Czech Republic in Kharkiv were next up for Ukraine, in the Nations League, after two wins in September. A draw would have been enough to secure Ukraine top spot and promotion to League A. Ukraine got themselves a win. Another Ruslan Malinovskiy goal got Ukraine all three points, in an end to end game, which was a great example of what UEFA had intended to see from this new international competition. Ukraine now go into their remaining fixtures of the calendar year unbeaten, and with a poor Slovakia side and Turkey left to play, Ukraine really could see out the whole of 2018 as undefeated!
Andrew Todos of Zorya Londonsk Weekly will be making predictions for every UPL game this season, against a variety of guests. However, this week Andrew will be facing off against himself, with our guest only partaking in the interview on this occasion.
Our twelfth guest of the 2018 – 19 season is Footballski football writer, Karim Hameg. Karim was born in Algeria but moved to France aged 15 and has resided across the Channel for 13 years since. He supports Olympique Marseille in Ligue 1, whilst also backing France and Algeria when it came to the international scene. He also disclosed that he holds sympathies for Eastern European teams, particularly from Ukraine and Russia.
WHY UKRAINE & E. EUROPEAN FOOTBALL?
We were fascinated to find out how and why Karim follows Eastern European and Ukrainian football so closely, despite not having any direct links to any of specific country in the region. He revealed ‘My fascination for Eastern Europe has existed since I was a kid and as a football fan it was normal to be interested by the football there. I started by following Russian football over 10 years ago and then Ukrainian football a bit later.’ In terms of keeping himself up to date, it’s usually quite paramount that one has a grounded knowledge of the Russian language, with it often being the ‘chosen language’ of the majority of sport and its stars in the region. As a result, we asked Karim about his own ability to be able to keep up with domestic medias, in particular Ukraine. Karim told us ‘I know Russian a bit, Ukrainian not as much but sometimes I do read the media from there.’
With such an interest in Ukrainian football, it was interesting to discover whether Karim had visited Ukraine before. Fortunately, he had made his first trip there this year and its whole premise gravitated around football. Karim explained ‘I visited Kyiv at the end of May during the UCL Final weekend even despite the fact that I didn’t have a ticket for the game. I watched the final in a fan zone with a friend from there I visited. I may not have been able to catch any league games during my time there, but I did visit end up visiting Lobanovsky stadium.
FOOTBALLSKI.FR 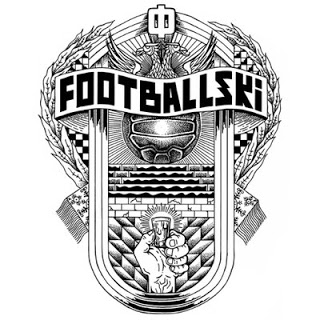 Karim has put his avid following of Ukrainian football to good use and regularly contributes to Footballski. ‘Footballski is a website in French language which talks about the Easter European football.’ It is on Footballski, where Karim writes a weekly UPL summary (in French) with two other France based contributers (Phillipe Ray and Remy Garrel). The usual format of the UPL sum-ups begin with a more in depth analysis of a particular weekend’s bigger games, usually featuring one of the big two. This is normally followed by more concise round ups of the other matches. A feature Zorya Londonsk is particularly fond of is the Team of the Round graphic and the ‘fans of the week’ photo segment. We asked Karim to expand into the background of Footballski and how a French language site on such a topic came to be. Karim explained ‘The project was launched a bit more than four years ago on Twitter, as a meeting of all the French who had an interest in Eastern European football. We launched the weekly UPL summaries in 2017, based on the format that already existed on the site, for Russian League. I am one of three authors of the UPL round up. That’s my main contribution to the website, although I sometimes also talk about international football and other topics that fall into my sphere of interest and expertise.
UPL & UKRAINE’S 2018/19 SEASON SO FAR
As Karim reviews the UPL every week, we wanted to know his take on the UPL so far. On this topic, Karim responded, ‘I have, of course been impressed by Shakhtar but do seem to be weaker in the big games and I don’t know how they are going to deal with Taison’s injury, especially as it looks that it will sideline him for a lengthy period. Oleksandriya and Vorskla, at points have also, made a good impression for me. Oleksandriya, really overachieving so far this season. However, I’m a bit more disappointed by Zorya so far this season and by Dynamo’s poor attack, which has seemingly been detrimental to many of their performances this season.’
With the recent managerial changes, we also wanted to find out Karim’s views on who he thought would be the greater success this season. Would it be the veteran, Vyacheslav Grozny at Arsenal Kyiv or Vyacheslav Shevchuk, the managerial rookie. ‘I think Shevchuk will be more successful considered that Arsenal is already in a poor situation being at the bottom of the table with a poor squad.’
I did and I’m pretty happy to see Ukraine promoted to league A for the next Nations’ League, it’s well deserved for them and for Shevchenko’s work. I think Ukraine can qualify, especially now they have a joker with the Nations’ League. For what I saw I was impressed by Ruslan Malinovskyi who seems to be a promising player.
KARIM HAMEG’S SOCIAL LINKS:
⚽️Karim’s Twitter
⚽️Karim’s Instagram
⚽️Footballski’s Ukraine homepage
⚽️Footballski on Twitter
⚽️Footballski on Instagram
PREDICTOR TIME 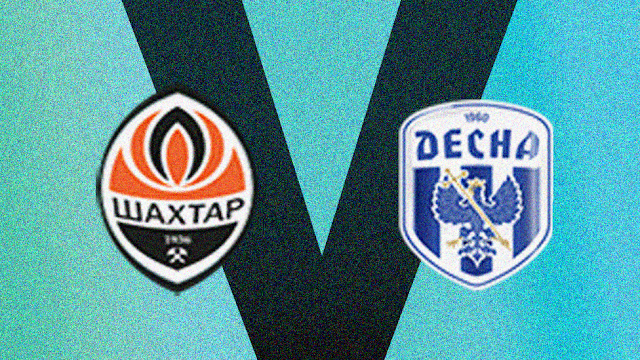 Shakhtar Donetsk v Desna Chernihiv
Todos’ prediction:A sizable contingent of Shakhtar’s international players return from the international break in a buoyant mood. With the Ukraine and Georgia representatives of the side, returning as winners of their respective Nations League groups, there should be no let up when it comes back to club football. Desna may have won their last match comfortably before the short league hiatus, but the league leaders will be just too ruthless for the promoted side. Moraes to have a field day. 4-0
RESULT: 1-0 – MAYCON (88′)
SATURDAY 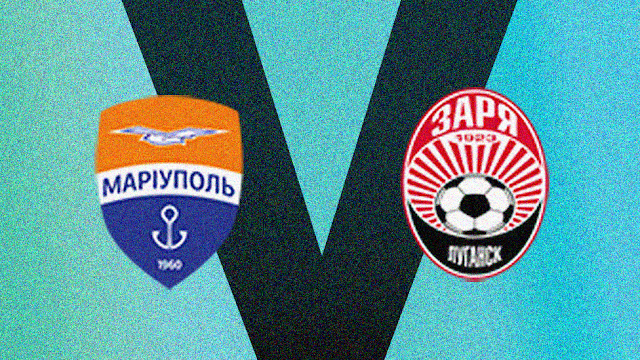 Mariupol v Zorya Luhansk
Todos’ prediction: Zorya’s first half to the UPL season (pre winter break) has been seriously disappointing. It seems the Europa League qualifying defeat and Vernydub’s flirting with resignation has affected the squad’s performances. They lack the prominent striker that they have been able to rely on for the past few seasons.
With Hromov recently returning from injury and resettling into the starting line up once more, he may be what Zorya have been missing. Mariupol sit level on points with the Luhansk side but have also been highly inconsistent, with their defence being particularly temperamental this season. Zorya will want to build on their stalemate with Shakhtar, last time out with a resolute win on the Azov coast. 0-2
RESULT: 3-2 – BORYACHUK (30′ & 36′), ZUBKOV (83′) / HROMOV (90′), KOCHERHIN (90+3′) 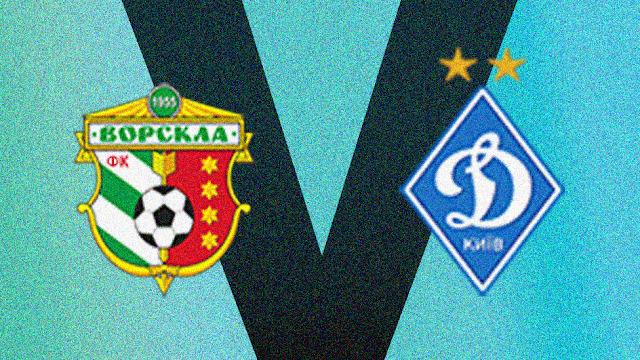 Vorskla Poltava v Dynamo Kyiv
Todos’ prediction: Despite suffering a shock 2-0 defeat to Vyacheslav Grozny’s Arsenal before the break, Vorskla Poltava will be ready to bounce back in the reverse fixture of the opening game of the season. Dynamo narrowly won that game after a Shust mistake. Both sides will also have an eye on their European ties, which are must wins for both sides. As a result, it’s highly probable that this game will be lacking in chances and will be low scoring. Vorskla to ruin Khatskevich’s weekend birthday celebrations. 0-0
RESULT: 0-1 – TSYHANKOV (40′)
SUNDAY 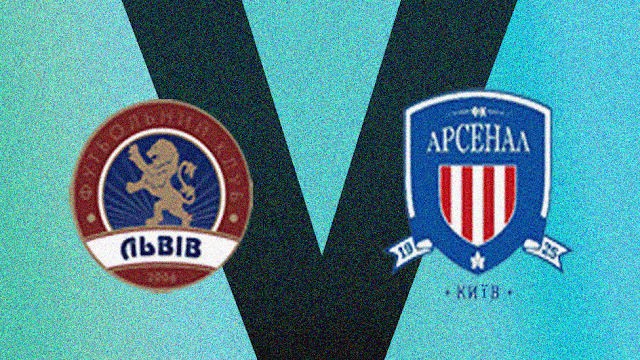 FC Lviv v Arsenal Kyiv
Todos’ prediction:Lviv were resolutely battered at home by fellow promoted team Desna a fortnight ago, and they face another promoted side this week. Vyacheslav Grozny got an instant response to his appointment by his players with a shock victory away to Vorskla, however I feel neither side has the cutting edge to get a victory here. Score draw. 1-1
RESULT: 1-0 – DUARTE (36′) 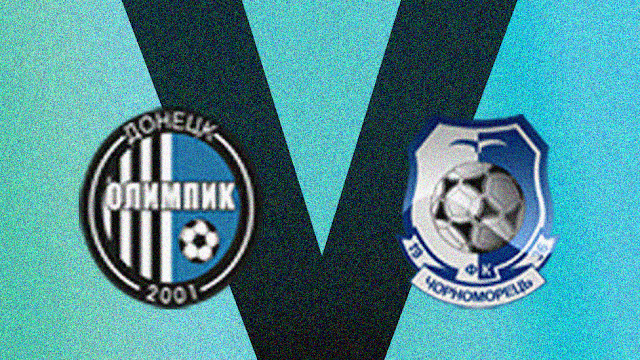 Olimpik Donetsk v Chornomorets Odesa
Todos’ prediction:Vyacheslav Shevchuk’s coaching career started with a slender loss to Dynamo two weeks ago. There were positives to be seen from that performance and Slava will hope to build on this, with his side participating in a few friendlies during the international break. Chornomorets won the reverse fixture at the start of the season, but I feel their shock factor has run out now as they inevitably begin their relegation battle. Olimpik to edge it. 2-1
RESULT: 1-0 – DEHTARYOV (70′) 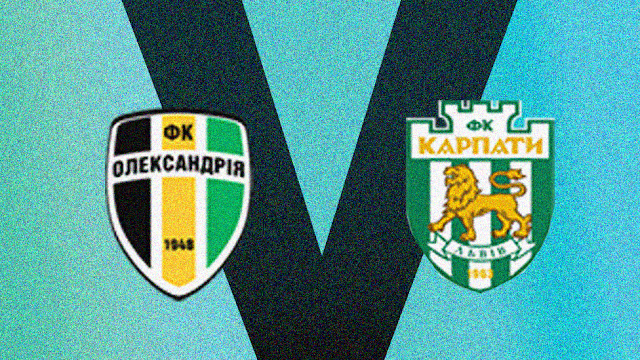 Oleksandriya v Karpaty Lviv
Todos’ prediction: Oleksandriya return to action on the back of two consecutive 3-2 wins. Their ability to come back and never say die attitude is why they sit third in the table. In stark contrast, Karpaty have been unable to kill off game, take advantage of chances and seem to be constantly chasing their games. Oleksandriya should have this in the bag, and will look to get a clean sheet too if they can keep Shved quiet.2-0
RESULT: 2-1 – SHASTAL (11′), KOVALETS (41′) / HUTSULYAK (54′)
MATCHDAY 12 FINAL SCORE: 20 POINTS
FOLLOW ZORYA LONDONSK WEEKLY ON SOCIAL MEDIA:
⚽ Zorya Londonsk Weekly on IG
⚽ Zorya Londonsk Weekly on Twitter
⚽Zorya Londonsk Weekly on Facebook
GUEST LEADERBOARD (UPDATE IN PROGRESS) 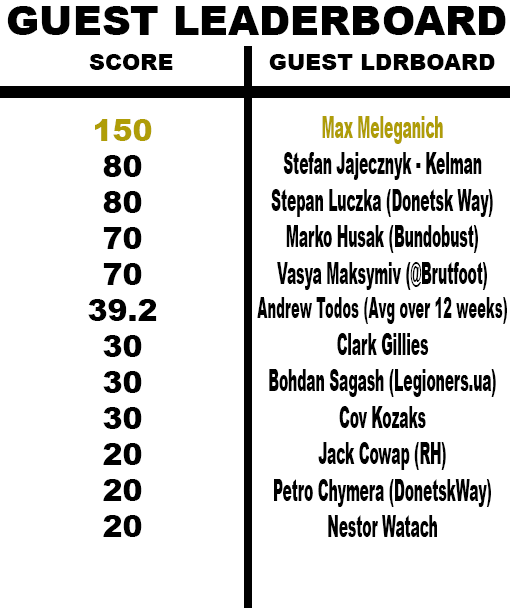