Vorskla Poltava v Chornomorets Odesa
Todos’ prediction: Chornomorets may have grabbed a point against Dynamo last week and continually seem to trump me when I’ve gone against them so far this season but I shall be going against them once more. With Vorskla being at home and needing to vindicate their loss to Oleksandriya last week, they will edge this one.1-0
Clark’s prediction: ‘This should be a good mid table game and pretty hard to call, but saying a low scoring Vorskla win’. 2-0
RESULT: 2-1: Kulach (49′), Ryzhuk OG (87′) / Chorniy (63′)

Todos’ prediction: Shakhtar are now firmly in their groove. Junior Moraes and Marlos are both on red hot form at the moment and I don’t see them slowing down against Mariupol. The Azov side aren’t a pushover but Shakhtar will be just too overwhelming. 3-0
Clark’s prediction: ‘Nice “romantic” tie and something of a derby, but honestly can not see past Shakhtar steamrolling to victory in this’.4-0
RESULT: 2-0: Moraes (43′) , Dawa OG (56′)
SUNDAY

Desna Chernihiv v Olimpik
Todos’ prediction: Desna looked a formidable side last time out as they routed Zorya away. They’ll look to build a win streak as they host an underperforming Olimpik Donetsk. Olimpik’s busy summer of acquiring numerous transfers has as of yet not led them to any scintillating football or form. 2-0
Clark’s prediction: ‘Again, another mid table fixture that could go either way, but suspect draw most likely scenario. 1-1
RESULT: 0-1: Bilonoh (55′)

FC Lviv v Oleksandriya
Todos’ prediction: Oleksandriya are flying. Dynamo defeat aside they haven’t needed to chase a game yet. They won’t need to this time round either. Oleksandriya will edge it. 0-1
Clark’s prediction: ‘Interesting tie, with Lviv actually having some not bad showings this season, but can not see past an Oleksandriya victory.’ 0-2
RESULT: 2-2: Duarte (8′), Taylor (21′) / Hrytsuk (54′), Sitalo (83′)

Arsenal Kyiv – Zorya Luhansk
Todos’ prediction: After the devastation of their Europa League exit, Zorya will look to put that behind them by focusing solely on the league. Their European exploits seem to have curtailed their league performances and as such will be desperate to get back on track. Arsenal Kyiv seem to be on the up after grabbing 4 points from 2 games but that will end here.  0-2
Clark’s prediction: ‘Arsenal are really struggling since getting back to the top flight, and I imagine this will be a strong Zorya victory, but would be nice for Arsenal to get something.’ 0-3
RESULT: 0-5: Karavaev (5′), Khomchenovsky (13′, 69′), Rafeal Ratao (44′), Lednev (51′) 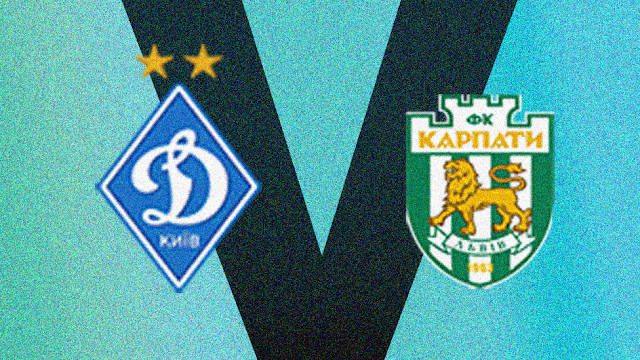 Dynamo Kyiv v Karpaty Lviv
Todos’ prediction: I have been blindly backing and expecting Karpaty to pull off wins left, right and centre so far this season but all they have succeeded in is perpetual disappointment. Dynamo will want to make up for last week’s dropped points and will be relentless in hoping to please supporters after the poor showing in the midweek play offs. 3-0
Clark’s prediction: ‘This should be the tie of the weekend! Karpaty do have a habit of raising their game in this fixture. You would not think both teams are at opposite ends of the table, but Dynamo should win.’ 3-0
RESULT: 0-2: Shved (19′, 45+2′)